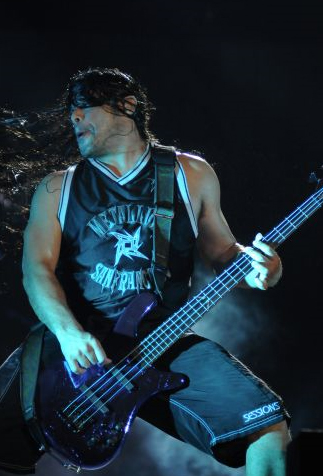 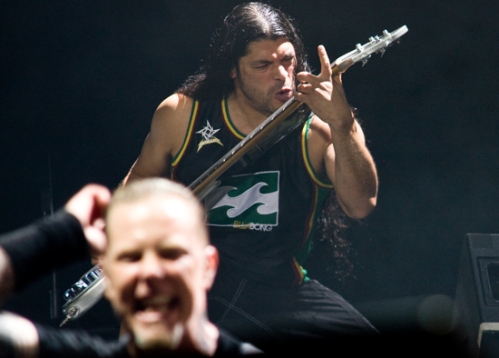 How did you meet up with Mike Muir?
I used to work at a jazz café called the Comeback Inn. It was on West Washington, which is now called Abbott Kinney. Back in the day, the Comeback Inn would have these concerts outdoors. This was when new age was starting to come in to the picture. They had a lot of great jazz-fusion bands there. I wanted to work there, so that I could hang out with the hot, ripping jazz players. There was a surf shop next door to the Comeback Inn, and Mike Muir and Jim Muir lived behind the shop in the old pagoda or the “pumpkin”. Mike Muir and his friends would point the PA speakers over at the Comeback Inn in the patio area where the stage was set up, and these new age bands were playing. They would blast punk rock music through the PA. My boss would get so pissed. He would start screaming at them to turn it off. They would yell back on the PA, “Will’s a fag!” That was my first encounter with Muir. The other encounter I had with Muir was in the early ‘80s at a party in Venice. I remember him and his homies coming into the party, and they were just destroying shit. They owned that party. They just dismantled the party and scared everybody. Those were my early encounters with Muir and the hoodrats back in the early ‘80s.

When did you start playing with Suicidal Tendencies?
I hooked up with Suicidal Tendencies in ‘89. I was really good friends with Rocky George, their guitar player. Rocky and I went to high school together. He was from Culver City. Rocky George, played on “Join the Army” and “How Will I Laugh…” He was their guitar player from ‘84 to ‘96. Rocky was the one that got me into Suicidal. I auditioned for the band. I thought it would be this massive audition with all of these different players, but they were like, “If you want the gig, you got the gig.” That was the best break for me, because, in ‘89, Suicidal was going on one of their first real true arena tours. The next thing you know, I’m in Europe with Suicidal, opening for Anthrax. After that, we were opening for Slayer on the Clash of the Titans tour. It just started to blossom from there with Suicidal.

Was Suicidal the first group that you actually broke out with and did a tour with?
Yeah. That was the first, true, serious band that I was in. I was breaking away from the local scene, and from the semi-Hollywood type thing that I didn’t enjoy at all. Suicidal was the band that took me all around the U.S. and took me to Europe, Japan, etc. It was great because with Suicidal, everything was a challenge. We went from playing funky little theaters and clubs, to headlining Irvine Meadows, to opening for Metallica in 1993 in front of huge crowds.

So you were stoked.
Yeah.

Did that allow you to feel more creative?
Absolutely. Suicidal was such an important time for me. It also reacquainted me with surfing. Mike Clark, who’s a really amazing surfer, got me back into surfing. I surfed a lot from ’82 to‘86, and then I kind of, started slacking. When I joined Suicidal Tendencies, whenever we’d end up in Australia, or anywhere there was a wave, Mike would surf it. He’d drag me along with him. We’d be in New Zealand, and he’d say, “Dude, let’s go surfing.” He was really good, and I was kind of, okay. He’d get me out there and I finally realized through him that I had an amazing opportunity as a touring musician to explore some of the most amazing waves all over the world.

Oh, yeah.
Being able to surf in Tahiti, and places like Brazil was unreal. We’d always end up in Hawaii at some point. We’d do a killer concert in Hawaii and then we’d be able to go surfing for a few days. Because of those experiences with Mike Clark, and now with Metallica, I’ve been to Portugal, for instance, surfing southern Portugal, about six times now. I love it down there.

Talk to me a little bit about the years with Suicidal. You were over in Europe, having a really good time over there. You were snowboarding, too?
Yeah, that was another great thing. I used to push it back then and snowboard on the same day as a show. I would go snowboarding in Austria and take a train to get to Italy to do a show. I’d call Mike at the hotel. Back then it was all European pay phones. There were no international cell phones. I’d call Mike because they were all waiting for me and say, “I’m in a train depot about an hour outside of Torino, Italy.” I never really knew if I was going to make it. What if I missed the train? Finally, I had to chill out on that. I had to stop pushing the limit on that stuff. I was so addicted to snowboarding back then that it was starting to tamper with the music. It could potentially create a disaster for the band. I did a lot of snowboarding in Europe, probably more than I should have.

What led up to the break up of Suicidal?
Well, there have been different phases of Suicidal over the years. I think, during the era that I was in Suicidal Tendencies, which was ‘89-‘96, we were working so hard. We were touring all the time. When we weren’t touring, we were making an album. I was writing and recording, with Mike Muir. We were doing a band called Infectious Grooves. That was another musical project that we were involved with. That was great. We made three albums with Infectious Grooves. People tell me, to this day, that they are fans of Infectious Grooves. These were the creative challenges that we had taken on, plus the hard work we did with our shows. I think it became very taxing on everyone in the band and it created tension. Sometimes, the tension can stir up resentment with your band mates. Sometimes you need to take time off. Take a break for a year. That’s what we did with Metallica. My first two years with Metallica, we were non-stop. Then we took a year off. I talked to the guys in the band, twice in the year off from the band. It’s not because we have a problem with each other. It’s just that when you’re with each other so much on the road for a couple of years, when you do have time off, you really take time off. It’s a great thing. It’s not a problem. That’s just how we are. Now we started doing shows again and we’re writing material for the next album and we’re moving forward. Sometimes that’s necessary. With Suicidal, I don’t know if we just couldn’t afford to do that, but it was just something we never really got to do.

Everyone just diffused.
Yeah. I remember when Suicidal was on tour with Metallica, I was getting in fistfights with Rocky George, who was one of my best friends.

There was just a lot of tension?
Yeah, I remember he and I were literally throwing each other around and socking each other on stage while Metallica was playing. Rocky and I were right there beside James Hetfield’s guitars, and we’re brawling. I’m thinking to myself, “This fuckin’ sucks. What is this?” That happened a couple of times. It was kind of funny. We’re brawling and Metallica is jamming. We were having a fight right on stage, probably during the song “Fight Fire with Fire”.

Did you have a disagreement?
No, it was just tension, and maybe there was a little alcohol involved.

[Laughs.] Okay.
It was tension and alcohol.

And stress?
It was a lot of things. That was the end of that era. On a good note, Mike Muir and I hung out a few weeks ago and spent about four hours together, shooting the shit and hanging out. Everybody’s cool. Rocky is still a great friend.

Are you working with Mike at all?
Mike actually has some material that may potentially be released in the future. It’s recordings from 14 years ago that we’d done together with this amazing drummer, Josh Freese and members of Infectious Grooves. It’s not Suicidal Tendencies. It’s very different, but it’s amazing. For me, right now, my main focus and number one priority is Metallica. We’re working hard writing and, hopefully, in about a year, we’ll have an album ready to go. We’ll get back on the road and kick ass again.